The City of High Point is located in the Piedmont Triad region of central North Carolina and is located near the cities of Winston-Salem to the northwest and Greensboro to the northeast. Most of the city is in Guilford County with portions in Davidson, Forsyth, and Randolph counties. It is the only city in North Carolina that extends into four counties. 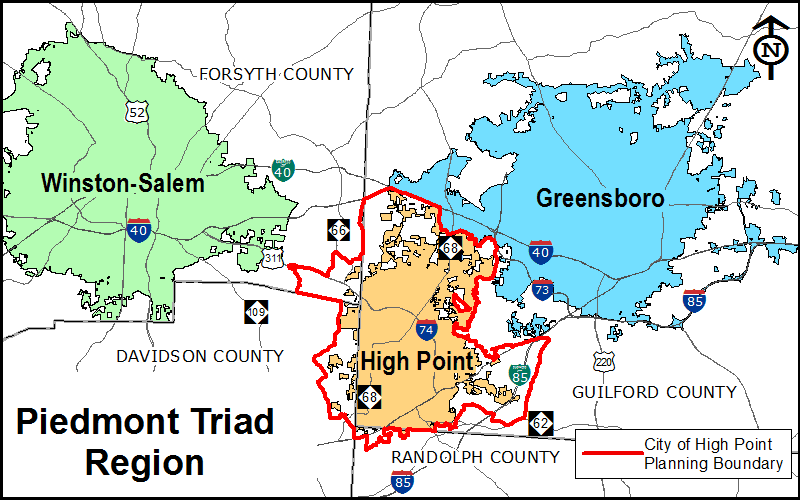 The City of High Point was officially established on May 26, 1859, with an area of four square miles. As of January 2023, the city measured 58.8 square miles, and the Extra Territorial Jurisdiction (ETJ), an area beyond the city limits in which the City legally exercises its authority, was equal to 3.3 square miles. The planning area, which includes the city limits, and some (but not all) of the ETJ, as well as the area covered by the City’s Land Use Plan, but not governed by the City, extends to a total of 94 square miles. 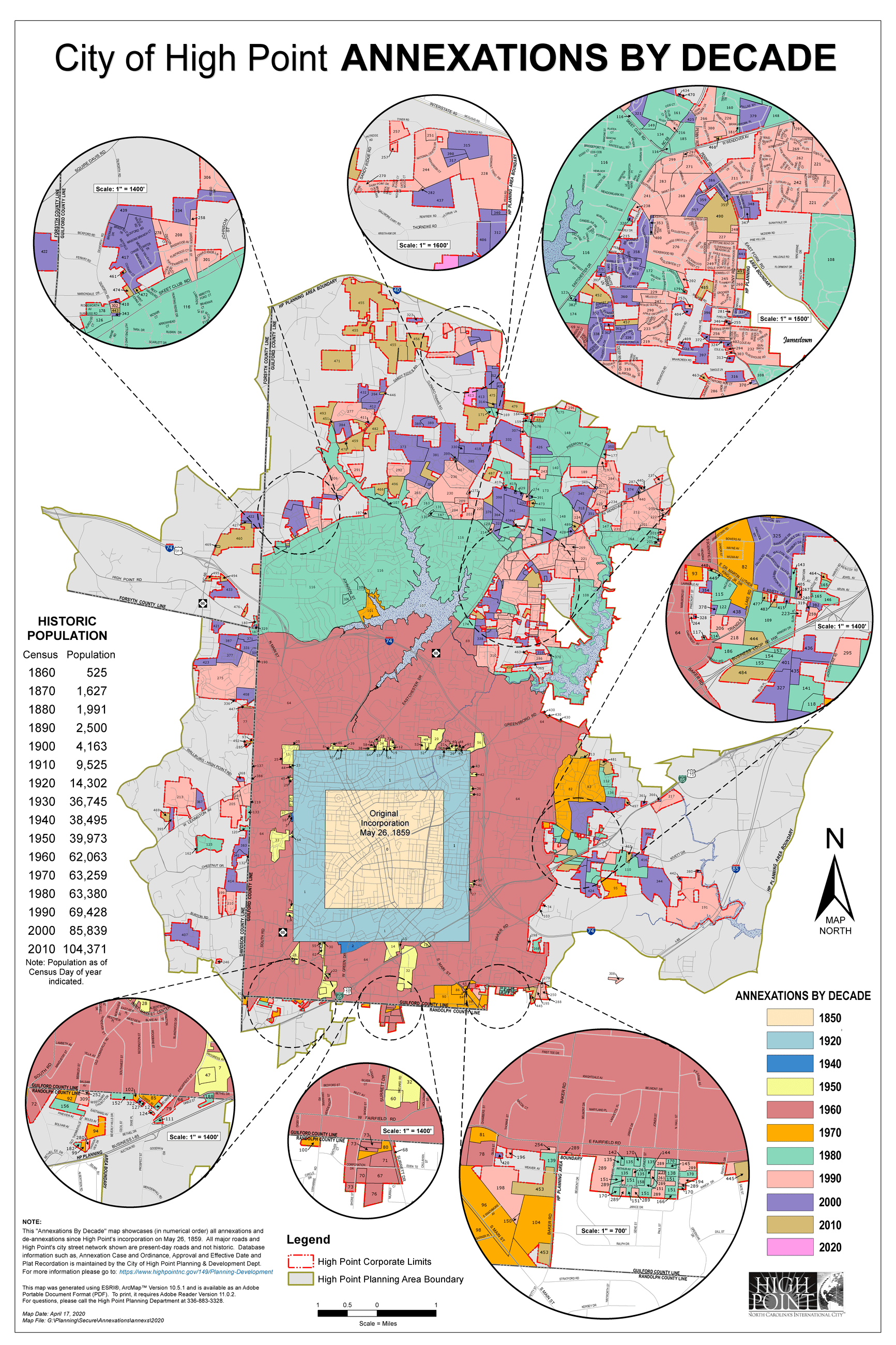 The number of annexations into High Point and their acreage over the last ten years and the resulting incorporated area and growth rates are listed below:

High Point got its name from being the highest point along the North Carolina railroad constructed in the mid-1800’s.  It was officially incorporated as a town in 1859 and at that time was centered where the railroad tracks crossed the Great Plank Road, a major transportation route that stretched across most of North Carolina. Historically, High Point has been known for textile and furniture manufacturing.  By the end of the 19th Century, High Point was a leading furniture manufacturing center in the south.  To help retailers select which furniture products they wanted to sell, the first NC furniture exposition was held in High Point in 1905.  Over the years this grew to become the High Point Market, the world’s largest home furnishings trade show, held twice a year in the spring and fall.  Famous jazz saxophonist John Coltrane also grew up in High Point from shortly after his birth through high school.

High Point has a Humid Subtropical climate and experiences all four seasons.  The average high temperature is approximately 72°F, and the average low temperature is around 49°F.  The highest recorded temperature was 106° in 1952, while the lowest temperature was -7° in 1985.  Average precipitation is around 46 inches per year with approximately two inches of snowfall in an average year. The record one-day snowfall was 18 inches in 1930. High Point occasionally deals with major weather events, primarily hurricanes, tornadoes, and ice storms. 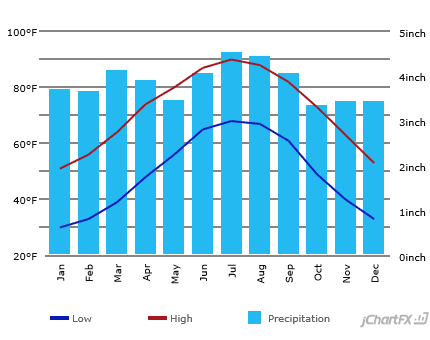