There were 47,951 housing units in the city at the time of the 2020 Census, and the percentage of houses that were occupied or vacant is shown in the charts below. 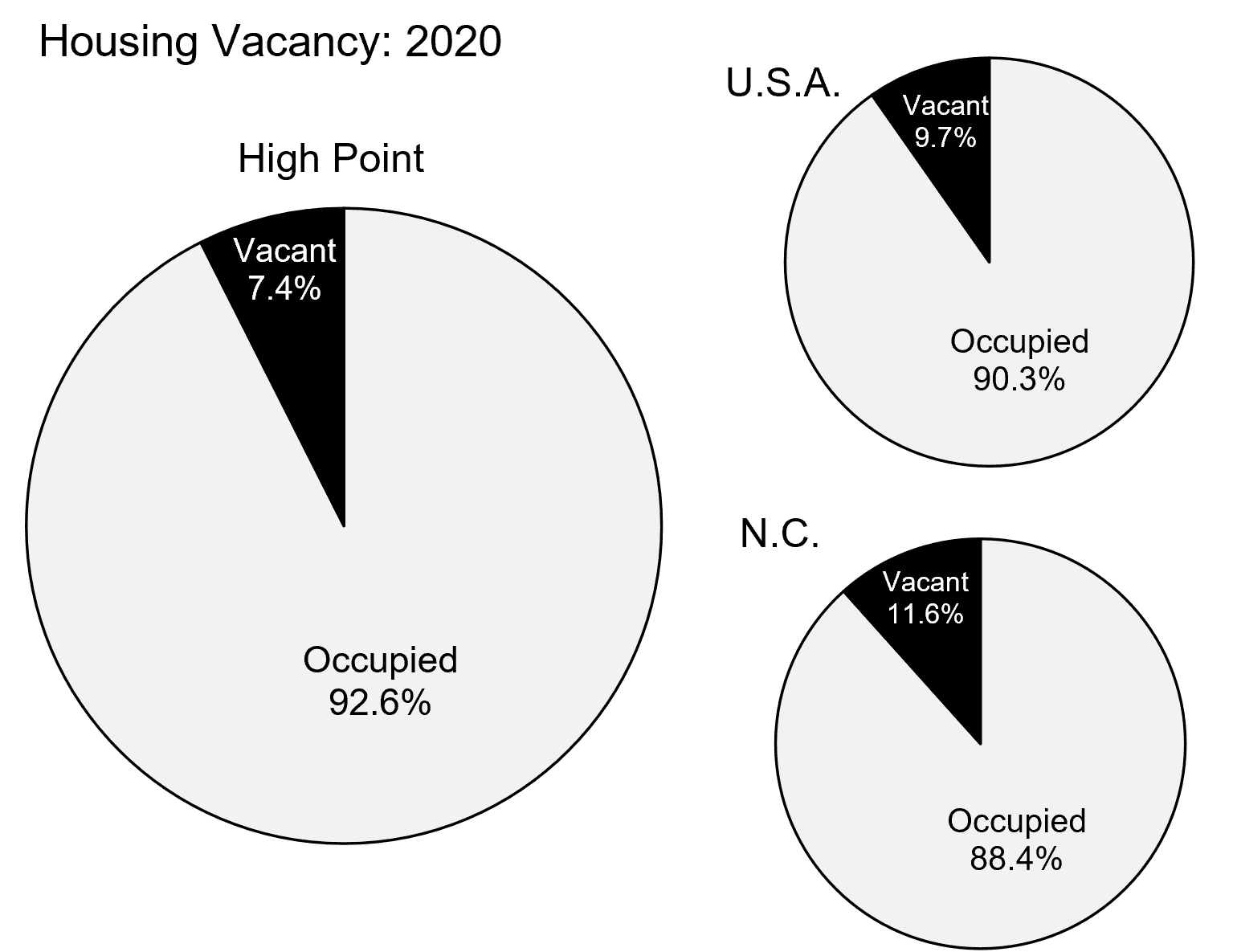 Information about tenure, which refers to whether an occupied housing unit is owner or renter occupied, is shown in the charts below.  According to the 2016-2020 5-year American Community Survey (ACS), the percentage of owner-occupied homes in High Point was 57.9%, which was below the percentages seen nationally (64.4%) and statewide (65.7%). However, it is slightly higher than the 57.1% figure reported ten years earlier. 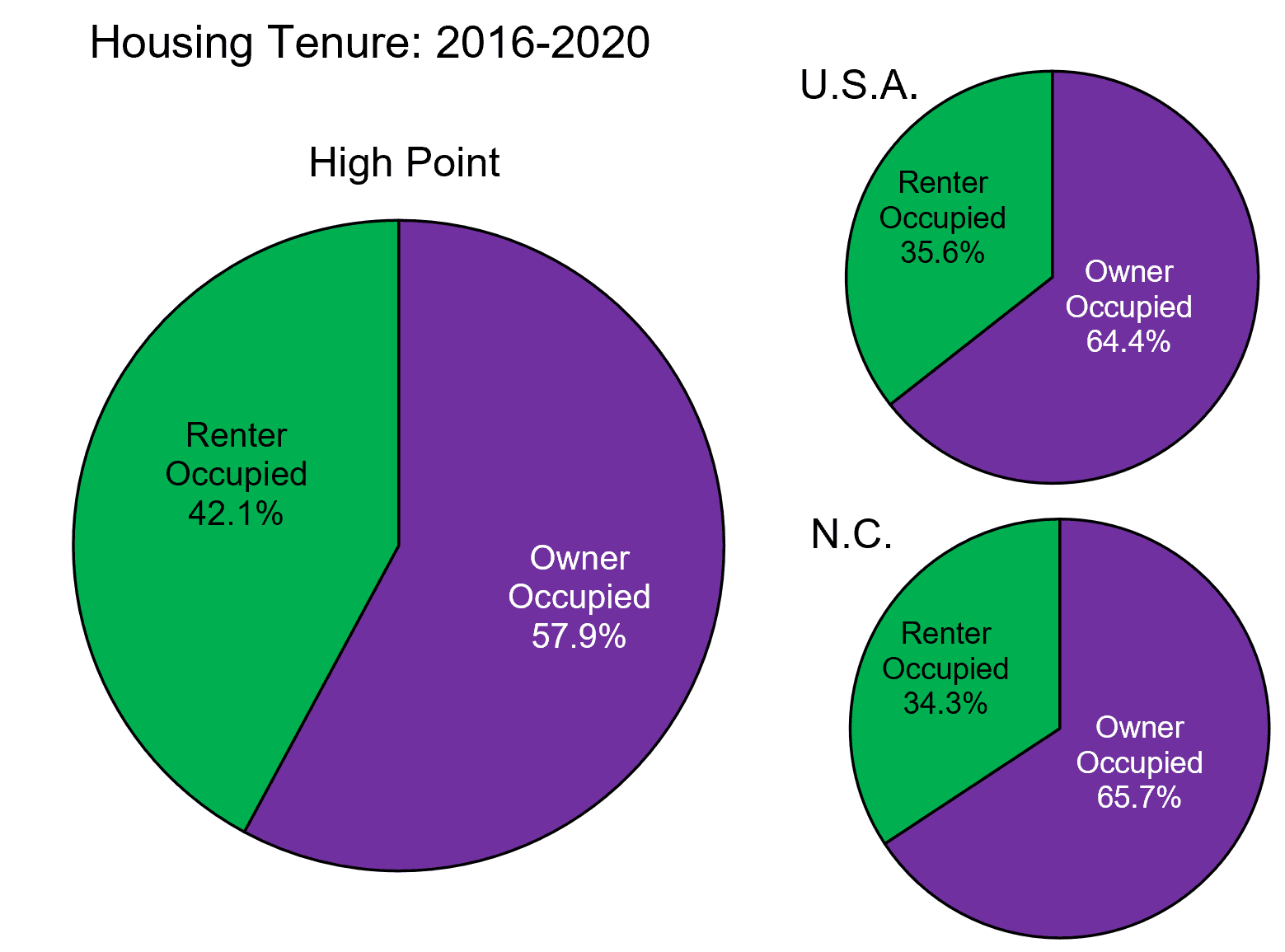 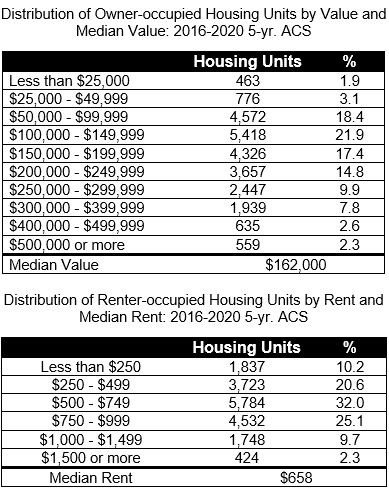 While the median value of a home in High Point increased 12.9% over the value reported in the 2006-2010 5-year ACS, after converting the $143,500 figure from ten years ago to 2020 dollars, the resulting figure of $170,321 would indicate a relative drop in the median value over the past decade.  However, it should be noted that because data for the ACS is collected over a five-year period, the rapid increase in housing prices seen recently is largely not factored into the figures shown above.   Likewise, the median rent of $658 actually dropped from the equivalent of $661 ten years ago using comparable 2020 dollars, but it has certainly increased significantly in recent years.  As subsequent ACS data is released in coming years, these figures will be updated and the rise in housing costs can be charted.