Common indicators of a city’s economy are the employment rate, income and poverty levels. 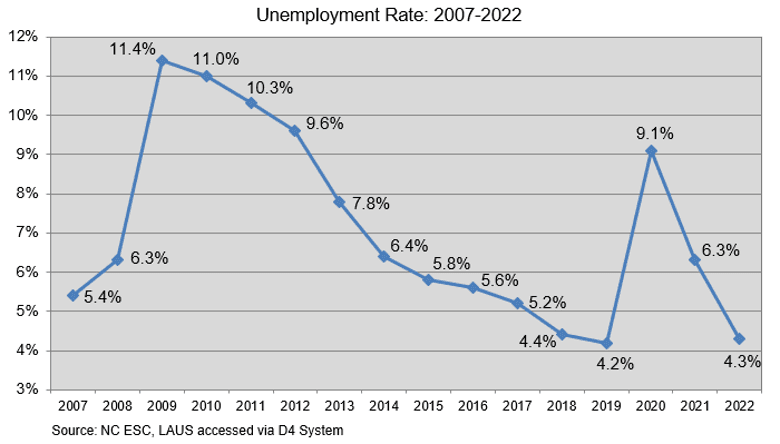 High Point’s unemployment rate peaked at 11.1% in 2010, but has been steadily decreasing since then, back down to levels seen before the Great Recession.  This compares to a peak state-wide unemployment rate of 10.9%, also in 2010.

The median household income, which is the income level that creates an equal distribution above and below it, was $43,594 for High Point in 2010. This was less than the median income level for the state, which was $45,570, but higher than both Greensboro ($41,530) and Winston-Salem ($41,483).  The percentage of households by income category for the three Triad cities is shown in the following chart. 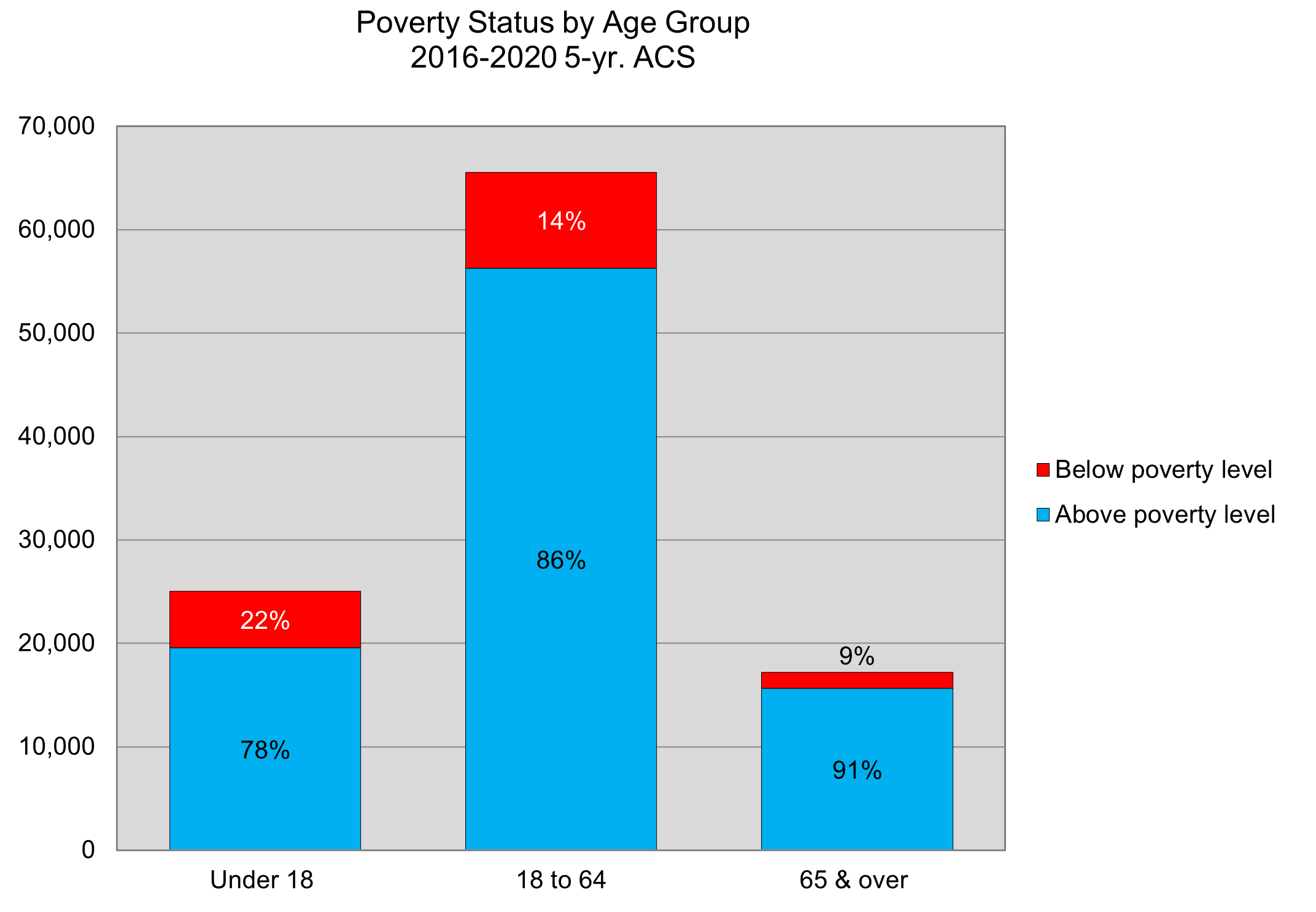